Nice: Not a Four-Letter Word

by Holly Nagel on January 21, 2019 in Stretch! said the Balloon Lady 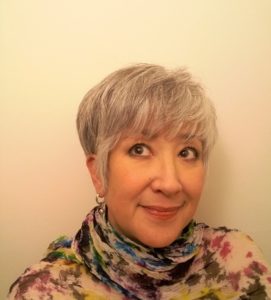 George Carlin had a very funny bit called “Have a Nice Day” where he berated those that wish him to have one. Then he says “Y’know the trouble with that ‘nice day’ stuff for me is that word ‘nice’. It’s just such a soft, kinda flabby word. There’s no character to it.”

An excellent bit, for sure, but I’m sorry to disagree.

Yes, nice is grossly overused to the point it practically doesn’t mean anything anymore. It seems to be used most by those that have become accustomed to spitting out rote responses to anyone who may ask about their various experiences. What do you think of this painting?…movie?…artichoke?

Then again, some just don’t have the extended vocabulary for using many other descriptors. Myself included.

And we say it to connote we are at least feeling or thinking something positive.

It is okay to be nice.

It is not boring, negative or otherwise bad. Being nice is not a sign of weakness, nor is it indicative of having a rubbery backbone.

Simply put, it is a virtue that is sorely lacking in our everyday encounters where it is needed so badly. More importantly I know nice is important because when someone is nice to me I notice it.

No. Actually, when someone is not nice to me I notice that more.

It has taken me decades of conscious effort to notice more of the nice in people than the not so nice.

The times I need to practice being nice the most is when I’m out in those stressful, high volume (lots of people) kinds of places like stores, restaurants and on the roads. I need to make concentrated efforts to be in a nice state of mind.

Additionally, I must continue to practice being nice when I am not in a nice frame of mind, when my fuse is short and that last raw nerve has just been poked.

It does stand to reason the more people there are somewhere the higher the chances for encountering the not so nice.  But still…

I will admit I have used being nice to battle the not so nice. And perhaps battle is not the most appropriate word choice especially seeing as I’m talking about being nice in the first place, but it does follow my logic of battling the not nice with nice…then killing them with kindness.