Who is Holly Nagel? A Fun Motivational Humorist and Balloon Artist! 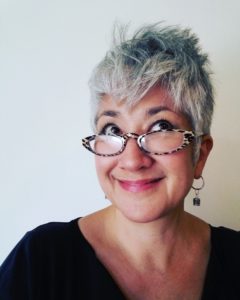 From chaos to clown shoes and beyond!

Once she was the frantic mother of a toddler working full-time for someone else.

She tackled the chaos and challenges that confronted her with zest and humor to become successfully self-employed in a unique industry: the balloon entertainment world!

Holly Nagel, based in Chicago, Illinois, is an award winning balloon artist, decorator and sculptor with over 30 years professional experience in the communications, customer service and entertainment industries. In addition, she is a successful entrepreneur having been performing professionally since 1986, and has owned her own company since 2002.

As her business grew, clients began asking Holly to speak at their corporate conferences and meetings about topics she was familiar with, namely having fun, creative problem solving and nonverbal communication. (Yes, balloons are used, of course!).

Through a series of events Holly ended up living a life (and making a living in life!) by doing some of her favorite things. She did not plan all this (who could?), it all grew out of her combined passions.

She has always had the gift of gab and in elementary school would constantly get in trouble for her chatty ways. She would get punished and sent to the back of the classroom, but always managed to make new friends back there, too. Her report cards included teacher comments that said: “Holly is an excellent student, but she is too social in class.”

Never underestimate the supposed weaknesses of youth, sometimes they become our greatest attributes later in life!~~Holly-ism

In college as a cultural anthropology/journalism major, she got a part-time job as a dancer in a Polynesian revue entertainment group, The Aloha Dancers, then based in Palatine, IL, where her love for the Hawaiian culture, in particular, was fostered and had steadily grown. She toured with that group then created her own programs where she toured libraries and schools with “Aloha to You!” (geared towards early elementary children and families) and “Going Back to My Little Grass Shack” (geared towards the senior communities.)

After 30 years of presenting her Hawaiian programming she retired it in 2017, but once in awhile someone makes a special request for a performance ( 🙂 )

She also develops and performs interactive children’s programs which she tours through libraries and schools.

Life’s journey presents dreams and possibilities so numerous, it is impossible to choose only one lane to travel.~~Holly-ism

Based in the Chicago area, her company, once called Twist n Shout,  has been able to offer the creative and colorful world of balloons, the exotic and exhuberant culture of Hawaii, and the power and persuasion of stories.

Her welcoming personality and easy-going demeanor endear her to all types of crowds and clients, from the corporate breakout session to the casual lunch and learn or backyard bbq. Her unique and upbeat style leaves attendees and guests energized and uplifted.

Giving back to her community is very important and one of the ways she has done this is by volunteering with the therapeutic rec department at Allendale Association for over 10 years, encouraging the kids in various entertainment and workshop formats, from balloons to writing.

Not only is she a business owner and entertaining speaker, she was voted Member of the Year by the National Speaker Association-Chicago. She has separate inside shoes and outside shoes, makes laughing a priority, and considers butter it’s own food group.